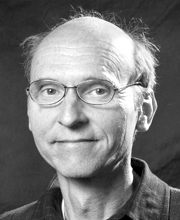 Professor Bruce Moyer serves as the bass teacher and the Coordinator of the Strings Program. He started his career at age thirteen with a rock and roll band in Philadelphia. After a few years with a Jazz combo, he began to study Classical Music on the double bass at Temple U. with members of the Philadelphia Orchestra and went on to receive a Master's degree in performance from the New England Conservatory of Music in Boston. Upon graduation, he became Principal Bassist of the Portland Maine Symphony before coming to California to accept positions with the Sacramento Symphony, the San José Symphony, and the Philharmonia Baroque Orchestra. In addition, he has freelanced with all of the major Bay Area performing organizations, including the symphony, ballet, and opera orchestras of San Francisco. Currently, he is a member of Symphony Silicon Valley, the Carmel Bach Festival, and is Principal Bass of the Monterey Symphony.

In addition to performing, Professor Moyer strongly believes in the importance of music education in society and is a faculty member at Santa Clara and Stanford Universities as well. He maintains one of the largest private studios in California and has many students that have gone on to study at prestigious institutions and pursue professional careers in the field.