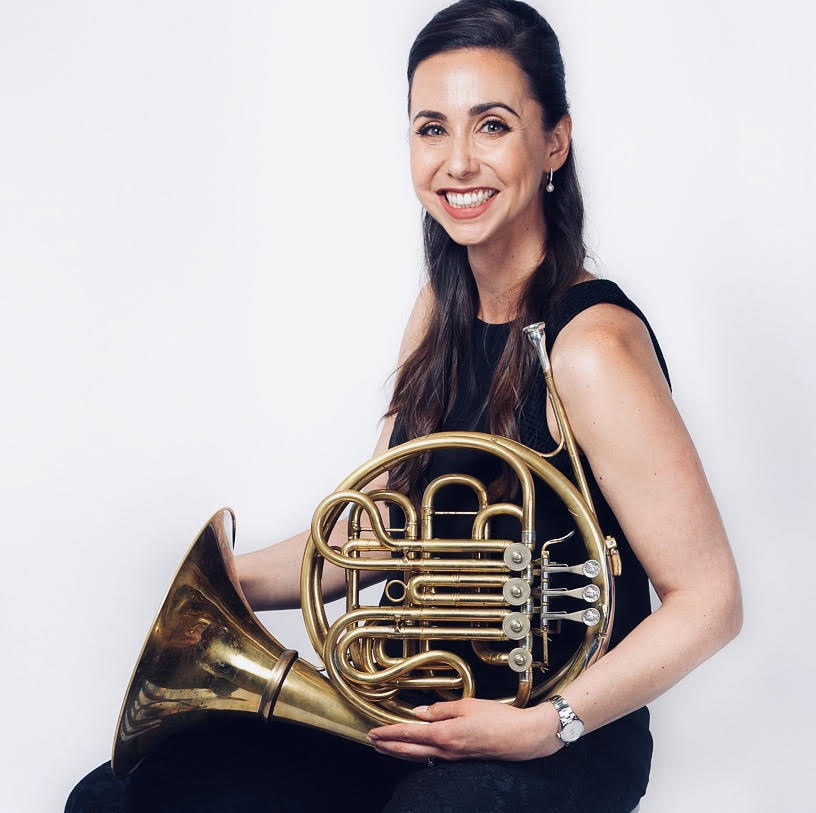 Caitlyn Smith Franklin is a leading Bay Area orchestral hornist and teacher. Caitlyn is Principal Horn of the Stockton and Santa Cruz Symphonies. She also holds the Utility Horn position with the Santa Rosa Symphony, Second Horn with the Monterey Symphony, Third Horn with Symphony Silicon Valley and Fourth Horn with Opera San José. Caitlyn appears onstage and in the pit regularly all across the San Francisco Bay Area and has performed extensively and toured nationally and internationally as an extra with the San Francisco Symphony. Caitlyn is a frequent recording artist at the Bay Area's most notable sound scoring stages including Fantasy Studios and George Lucas' Skywalker Ranch and can be heard on the sound tracks of numerous motion pictures and video games, including the 2014 Oscar-nominated short film The Dam Keeper. She also is in her fourth year teaching horn at San José State University. Additionally, Caitlyn has performed with several notable summer festivals, including the National Repertory Orchestra, Music Academy of the West, Aspen Music Festival and School, Brevard Music Center, Pierre-Monteux School for Conductors and Orchestral Musicians, and the Symphony Orchestra Academy of the Pacific. Caitlyn holds bachelors' degrees in horn performance and biology, graduating summa cum laude from the University of Miami in 2008. Caitlyn continued her studies at the San Francisco Conservatory of Music studying with Robert Ward, earning a master of music degree in horn performance in 2011 and a professional studies diploma in 2012.