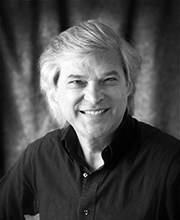 Dr. Pablo E. Furman was born in Buenos Aires, Argentina, where he began university studies at the Universidad de Buenos Aires and the Conservatorio Julian Aguirre. He immigrated to the United States in 1976 and continued his education at the University of California at Los Angeles, where he received a PhD in composition. Upon graduation, he took a position at the University of California, Berkeley, where he taught courses in harmony and Latin American music. In 1989, he took a position at San José State University, California. Currently, he teaches composition, music theory, electro-acoustic music, and music of Latin America as well as coordinates the music composition program.

Furman's awards include a California Arts Council award in music composition (2000), a Koussevitzky Commission award (1999), and a Simon Guggenheim Memorial Foundation composition award (1996). He is the recipient of two research fellowships from the California State University for 1993 and 1995, and a SJSU President's Special Recognition Award in 1996. He has been a guest composer at Stanford University's Center for Computer Research in Music and Acoustics and guest composer in residence at the Djerassi Artist Foundation in Woodside, California. His compositions have been performed by the Earplay ensemble, the New Music Works ensemble, and played at the conference of the Society for Electro-Acoustic Music in the US (SEAMUS), the Centro Cultural Recoleta, Buenos Aires, Argentina, the International Computer Music Conference, the Mid-American New Music Festival at Bowling Green, Ohio, the Foro Internacional de Música Nueva (Mexico City), the Festival International de Música Contemporanea (Guanajuato, Mexico), the 1993 Convention of the National Flute Association, and the Santa Cruz New Music Works series. Recordings include Matices Coincidentes, for quartet and electronics, SEAMUS CD (1999), Concerto for Ensemble and Electronics, Centaur-CDCM (2000). His work, Synergy for amplified flute and electronics, is recorded on a CD produced by the Mexican Instituto Nacional de Bellas Artes, and Centaur Records CDCM vol. 26. Music for Alto Saxophone and Electronics is recorded in "The Electric Saxophone" CD by saxophonist John Sampen, Capstone Records CPS-8636.