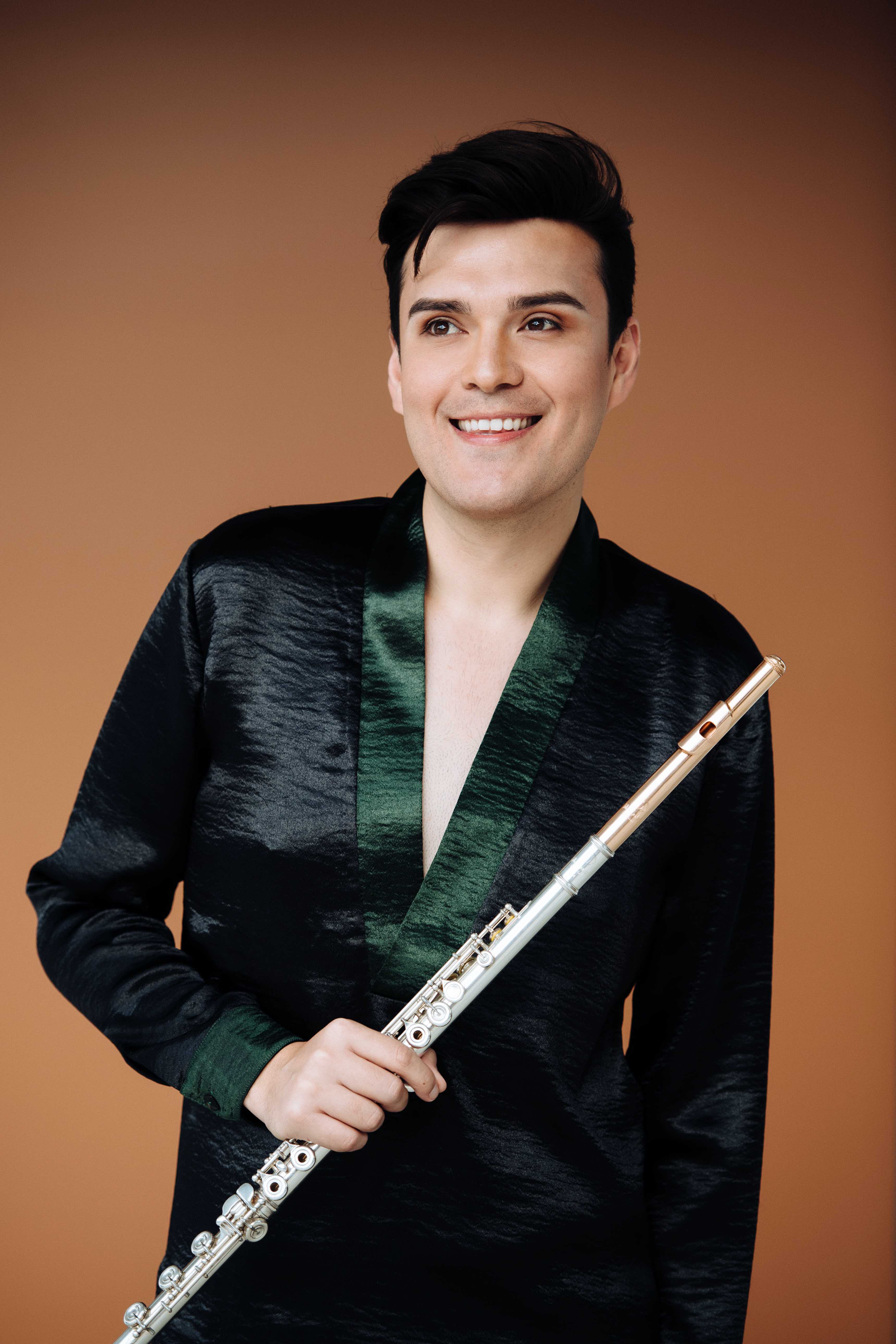 Dubbed “The Rockstar of the Flute” by the Informador de Guadalajara (Mexico), MexicanJapanese American flutist Ray Furuta has performed worldwide as a commanding and versatile performing artist within the classical, contemporary, world, jazz, and pop sectors.

Officiated as a cultural ambassador to the United States of America in 2014, Furuta has toured as a performer and teacher across Mexico, Japan, Austria, Czech-Republic, Poland, Hungary, and throughout the Middle East and North America. As a dynamic performer, he has performed for internationally recognized names including Yo-Yo Ma’s Silkroad Ensemble, The Chamber Music Society of Lincoln Center, The Juilliard School, The United Nations, and the Mainly Mozart, Okayama, Sarasota, and Yellowbarn Music Festivals. He has also frequented the stage as a concerto soloist, championing the contemporary concerti of Yuko Uebayashi, Gabriela Lena Frank, Brett Dean, and Paul Schoenfield and a touring solo recitalist mastering the cornerstones of the flute repertoire.

Dedicated to Chamber Music, Furuta maintained an active role as the flutist with several ensembles including Cann/Furuta Duo with pianist Michelle Cann, Furujii with percussionist Haruka Fujii, and the Burkart Duo with flutist Carol Wincenc. He has also shared the stage with classical luminaries including Jon Nakamatsu, Peter Frankl, Steven Dibner, and members of the Avalon, Brooklyn Rider, Kronos, Mendelssohn, and Emerson String Quartets. Additionally, his passion for world music has led to performances with superstars Van Anh Vo (Danh Tranh), Sandeep Das (Indian Tabla), Vijay Gopal (Bansuri), Merima Kljuco (Accordion), Ghassan Sahhab (Qanun), and Christina Pato (Galacian Bagpipe) to name only a few. He is also a member of the Mexico-city based Contemporary Mexican Jazz Band, Toktli, and is a leadingartist-member of the Common Sounds ensemble.

As a passionate teaching artist, Furuta is a Lecturer of Performance Practice and Community Engagement at Santa Clara University, as well as a Flute Professor at San José State University. He has also lead courses in professional development, music industry, global music performance and ethnomusicology. Prior to this, he served as an instructor in flute and chamber music for the undergraduate music department at Stony Brook University as the hand-selected teaching assistant to the Emerson String Quartet.

He has held residencies and given master classes at institutions including San Francisco Conservatory of Music, Stanford University, Lebanese American University of Beirut, UC San Diego, University of Victoria (BC), and New York University, among others. In addition, he is a regularly rotating faculty member of the Gabriela Lena Frank Creative Academy of Music, Icicle Creek Chamber Music Institute, Imagine Music Seminar in Beirut, and the Orqesta Sinfonica Juvenil de Guadalajara.

As an artistic philanthropist, Ray Furuta’s passion for social justice has led much of his musical career to bringing music to marginalized communities around the world. His ongoing projects include presence in local juvenile detention centers and for homeless youth and title 1 schools. In addition he has established an annual project in the disenfranchised districts of Tijuana, Mexico to bring music education to youth in an effort to keep them out of the streets. He has also performed for Palestinian and Syrian Refugees in the Middle East. Subsequently, he has developed Social Justice curriculum for Santa Clara University.

As a celebrated curator, he is the Producing Artistic Director for Chamber Music Silicon Valley, a leading Californian arts organization. As well as Santa Clara University’s weekly Music@Noon concert series. He was named the 2020 Creative Ambassador for the City of San Jose, as well the 2019 “On the Stage” Artist Laureate of SVCreates, design to identity and recognize Silicon Valley’s finest artists based on the quality of their work and their commitment to enriching the community. He also won the 2018 X-Factor Arts Prize, which recognizes entrepreneurial and innovative ideas to advance the arts and creativity and is a two-time Knight Foundation grantee.

As a recipient of the prestigious Staller Scholar and distinguished alumni “40 under 40” awards, Ray Furuta holds his doctor of musical arts degree from Stony Brook University where he was a pupil of Carol Wincenc and the Emerson String Quartet. Other important influences include flutists Isabelle Chapuis, Jill Felber, and Elena Yarritu, harpsichordist Arthur Haas, and pianist and artistic visionary Wu Han.