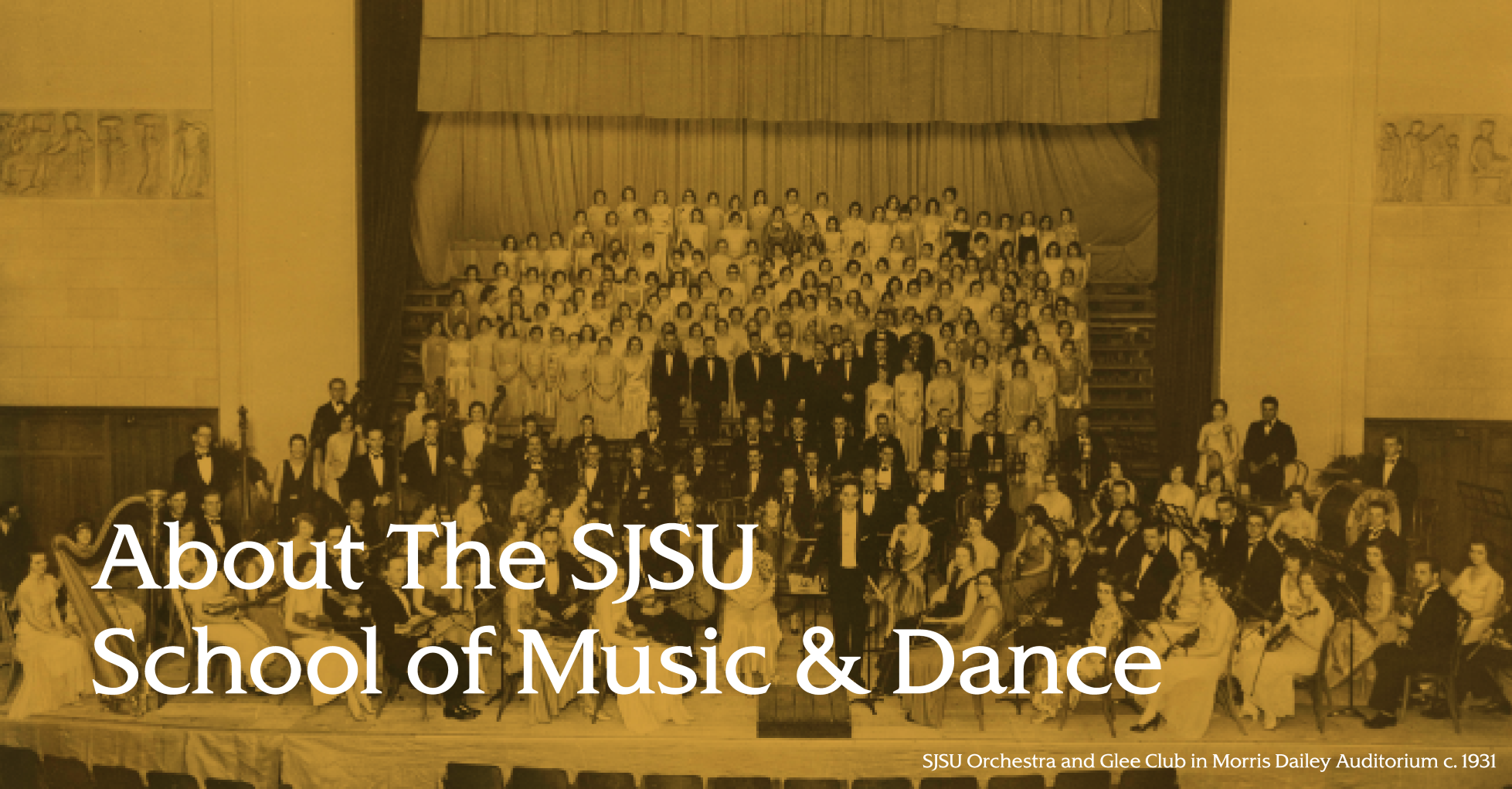 About the SJSU School of Music and Dance

The School of Music and Dance has enjoyed a long and prestigious presence in the development and growth of San José State University. Originally founded in 1857 as Minns' Evening Normal School in San Francisco, the institution moved to San José in 1870 as a state-chartered California State Normal School. The school held its first musical session in 1871 under the direction of Mr. Parker, the music department's first part-time employee. The first full-time music professor was Mr. Z.M. Parvin, author of "Apostolic Hymns and Songs," published in 1872. By 1884, the music program had evolved into a four-year course of study.

By 1915, the music program had become a full-fledged department with five staff members teaching seventeen courses. Two years later, the Music Department began offering two types of special diplomas: Elementary and Secondary Education. Miss Ruth Esther Cornell received the first Secondary Diploma in June, 1917. It was not until 1948, however, that the School developed degrees similar to those seen today: undergraduate and graduate degrees in theory, composition, history. musicology, performance, and conducting.

The School expanded its orchestral offerings in 1922 with the addition of violin and other string instruments. The first Spartan Marching Band was formed in 1947 under the direction of Mr. Towner, and that same year graduate course work also was first offered. By 1951, there were ten different musical ensembles. Today, there are nineteen.