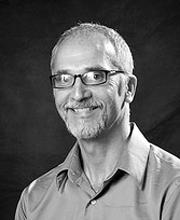 Professor Rick Vandivier is the Jazz Studies guitar instructor. He has found inspiration in influences that stretch from Andres Segovia to Pat Metheny to Jimi Hendrix. His performances are daring, soulful, and evocative. In a recent concert review, Jean Bartlett (Pacifica Tribune; March 2004) wrote: "the amazing guitar licks provided by Vandivier cultivated a whole new threshold of wow... Vandivier opened the show with a piece that galloped the triumphant poetry of Madrid while caressing the edges of Segovia, Feliciano and Montoya. Extraordinary musicianship with plenty of sweets..." Rick has been performing and recording in the San Francisco Bay Area for the last 25 years. In addition to his work with Nate Pruitt in Primary Colors, Rick has been active in numerous other projects as a guitarist and composer, including leading his own ensemble.

Other artists Professor Vandivier has performed with include Smith Dobson, Albert "Tootie" Heath, Bruce Forman, John Handy, Mose Allison, David Grisman, Richie Cole, and Dr. Lonnie Smith. He has also worked with the San José Symphony Orchestra and the orchestras of the American Musical Theater of San José, Opera San José, and Theaterworks. His performing career has been highlighted by performances in: The Hague, Berlin, Abidjan (Ivory Coast, Africa); the Chicago Opera House; the Wilshire Theatre in Los Angeles; the Berklee Performance Center in Boston; the Great American Music Hall; and the American Conservatory Theater in San Francisco; the Seattle Opera House; the Metropolitan Museum of Art; and Carnegie Hall.

In addition to his performing career, Rick has been active as a teacher, both privately and at San José State University, and as a composer for video soundtracks for clients such as Stanford University, Sun Microsystems, and SyberVision Systems.