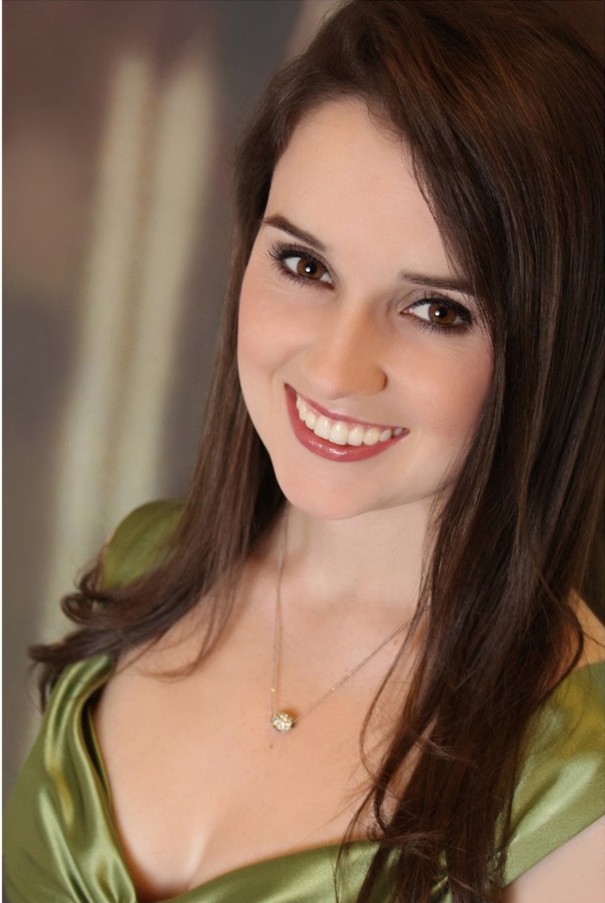 Professor Jennifer Mitchell, a Bay Area native, is an active performer in both opera and musical theatre, and she is delighted to be joining the School of Music and Dance faculty after completing her Master's in Vocal Performance at SJSU in 2012. Professor Mitchell also holds a dual B.A. in Music and Italian from Wellesley College. She has been teaching private lessons in the Bay Area for several years, in addition to teaching for TheatreWorks Silicon Valley, Broadway by the Bay, and Musical Theatre Works in San Francisco.

Ms. Mitchell has been described as having a "crystalline soprano voice" (Stephen Smoliar, The Rehearsal Studio) and has been praised her for her "expressive soprano... she showed a full, ringing voice and excellent storytelling ability" (Ilana Walder-Biesanz, Bachtrack). Professor Mitchell's operatic credits include Le nozze di Figaro (Barbarina) at Opera San José, the title role in Patience and Die Fledermaus (Ida) at Lamplighters Music Theatre, Così fan tutte (Despina) and Die Fledermaus (Ida) at Pocket Opera, Serse (Atalanta) with the Handel Opera Project, and La traviata (Annina) at Livermore Valley Opera. Musical theatre credits include The Music Man (Marian Paroo) and Oklahoma! (Laurey) at Broadway by the Bay; Beauty and the Beast (Belle), Oklahoma! (Laurey), and Les Misérables (Cosette) at Woodminster Summer Musicals; Steve Silver's Beach Blanket Babylon (Snow White); The Most Happy Fella (Rosabella) and Fiddler on the Roof (Tzeitel) at Cinnabar Theater; Master Class (Sophie) at Jewel Theater Company; The Light in the Piazza (Clara) and Carousel (Julie) at Spreckels Theatre Company; Kismet in Concert (Marsinah), Where's Charley? (Kitty Verdun, and The Boy Friend (Polly Browne) at 42nd Street Moon. Additionally, she has been featured as soloist with Masterworks Chorale. Her performances in The Most Happy Fella, The Light in the Piazza, and The Boy Friend all garnered her nominations for Best Principal Actress in a Musical by the SF Bay Area Theatre Critics Circle, and Prof. Mitchell's performance of the title role in Patience will appear on the Lamplighters' recording of the production as part of their project to record all of the Gilbert and Sullivan operettas, to be released in 2019. Jennifer's performance work also includes several educational outreach programs with Starting Arts, Opera San José, and West Bay Opera.