The San José State University Research Foundation is pleased to announce a call for the 2022 Early Career Investigator Awards (ECIA). Nominations must be submitted by 11:59 p.m. on January 27, 2023.

The SJSU Research Foundation Early Career Investigator Award recognizes tenure-track SJSU faculty who have excelled in areas of research, scholarship, and creative activity during their probationary period at SJSU.

To ensure the broadest participation possible from all academic units, two award categories have been created. One awardee will be selected from each category.

Each award recipient receives a commemorative trophy and a cash award of $5,000.

Rhonda Holberton — College of Humanities and the Arts 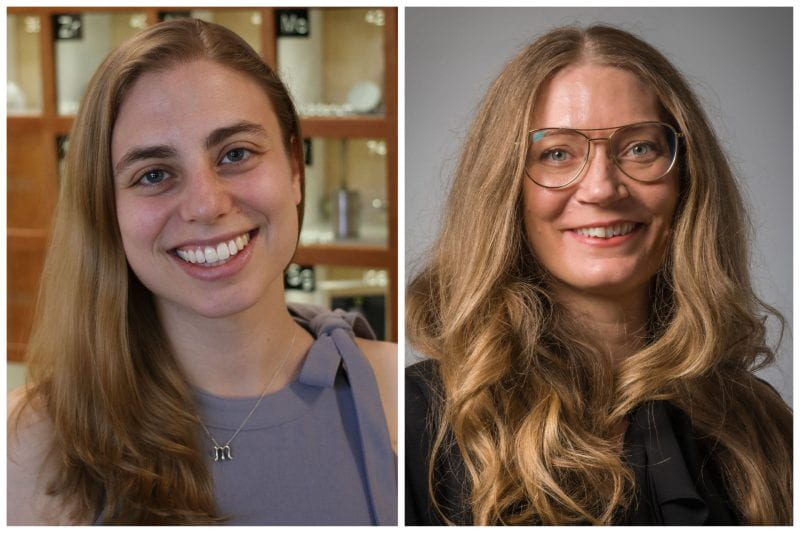 Dr. Radlauer joined the College of Science in the Department of Chemistry as assistant professor in 2017, where she developed a research program focusing on organometallic and inorganic catalysis with synthetic macromolecular structures, essentially attempting enzyme catalysis without the enzyme. She has received funding for her work through external and internal funding mechanisms including the National Science Foundation, the National Institutes of Health | National Institute of Medical Sciences, California State University Program for Education and Research in Biotechnology, and SJSU Research, Scholarly, and Creative Activity awards.

Professor Holberton joined the College of Humanities and the Arts in the Department of Digital Media Art as assistant professor in 2017. Her research involves both the studio practice of "making" as an artist, and collaborative projects involving other artists, engineers, writers, and scholars that continually redefine the limits of artistic production and interdisciplinary collaboration. She has exhibited her work in prestigious venues in Melbourne, Australia, and participated in a competitive collaboration opportunity with the Embassy of Switzerland here in the United States. Professor Holberton has received funding for her interdisciplinary work from the Knight Foundation and from the National Endowment for the Arts.

Congratulations to all of our previous recipients.