At SJSU, research has never been confined to the classroom.

Across the Ocean with
Jonathan Geller 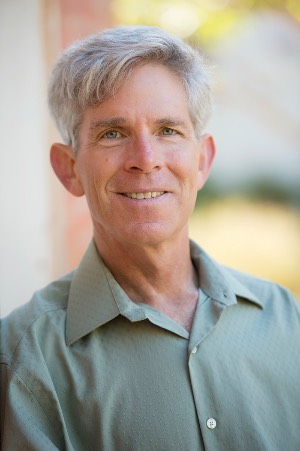 During the five years since the Tohoku tsunami in Japan, Jonathan Geller and his colleagues have been collecting samples of the resulting debris that traveled across the Pacific Ocean and came ashore in North America. As it turns out, plants and animals came along for the ride.

“Remarkably, we have discovered more than 300 species on Japanese debris landing in Oregon and Washington State,” explains Dr. Geller. “Species-carrying debris, which include boats, docks, bott les, soccer balls, and even a motorcycle, have also been collected in California, British Columbia, and Alaska.”

Geller is identifying these hitchhiking organisms and studying their genetics, growth, andmpopulation characteristics. Some are parasitesmthat may be able to live on native species or commercially important species such as oysters and mussels.

Th e tsunami study is just one example of Dr. Geller’s research on marine invertebrate invasions. Another project examines patterns of species diversity in the Coral Triangle region of the Pacific Ocean, an area encompassing Indonesia, Malaysia, Papua New Guinea, the Philippines, and the Solomon Islands.

“Involving students in these projects is one of the most important way in which I teach lab skills and critical thinking. Students perform essential laboratory procedures, data analysis, and archiving. In some cases, students also perform fieldwork at local or distant sites such as Alaska, Panama, Bali, or French Polynesia.”

Many students become coauthors on Dr. Geller’s papers and presentations at scientific symposia. These connections, credentials, and skills all benefit students as they transition to scientific jobs or doctoral programs.

In the Animal Kingdom with
Gitte McDonald 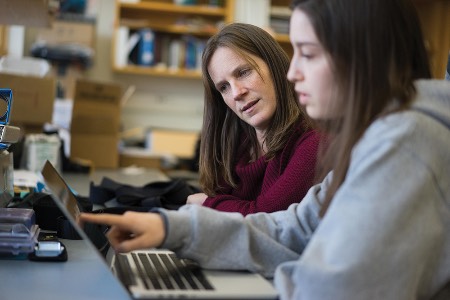 Gitte McDonald’s love of marine animals was sparked by visit to Sea World in San Diego when she was seven years old. It led to her eventual research on the ability of marine mammals and birds to thrive in extreme environments.

“I might show a litt le favoritism to pinnipeds (seals and sea lions) and penguins because I think it is fascinating how they are adapted to both marine and terrestrial environments,” she says.

Her research-related travels have led her to Antarctica, Denmark, the Galapagos Islands, and more local fi eld sites in the U.S., including Florida, the Channel Islands, and, of course, Monterey Bay.

Based upon her own experience, Dr. McDonald is a strong believer in fieldwork for students.

“The hands-on experience that students obtain through their field research is essential training for future ecologists and physiologists,” she explains. “Th e best way to truly understand a system is to get out in the field and study it – that is what gets students passionate about science.”

Along the California Coast with
Joshua Mackie 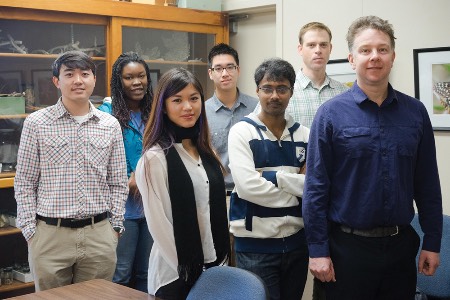 With an eye to training future researchers, Joshua Mackie (far right) has been leading projects that fully engage undergraduate and graduate students in hands-on studies of marine invertebrates. The resulting experiences have led many students to continue their studies in science and to pursue careers in scientific disciplines.

Dr. Mackie’s students have been examining the link between copper tolerance and the spread of invasive species in California. Copper is the active agent in antifouling paints currently used on all sizes of vessels. Marine species with a higher tolerance for copper are invading bays and harbors along the California coast, threatening the diversity and survival of native marine species.

“Students put in hundreds of hours collecting samples and analyzing organism data,” said Dr. Mackie. “Twelve results-based presentations have been given at scientific conferences by students involved in this research.”

The funding also made it possible for Dr. Mackie’s students to travel to field sites (Catalina Island, Los Angeles, San Diego, and Humboldt), and attend an international conference in Toronto.

Several of Dr. Mackie’s students have been hired for paid scientific positions; others have gone on to pursue masters or Ph.D. degrees.

“One of the reasons I was admitted into my graduate program was because I was able to demonstrate that I had lab and research experience at San Jos. State,” says SJSU graduate Danielle Perryman. She is now conducting research into endocrine systems and ecology in a graduate program at Oklahoma State University.

On the Fault Line with
Kim Blisniuk 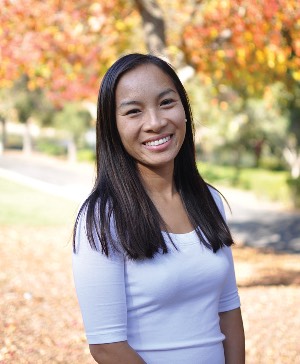 As a tectonic geo-morphologist and quaternary geochronologist, Kimberly Blisniuk is engaged in examining and dating the Earth’s landforms and alluvial deposits adjacent to the San Andreas Fault. In simpler English, that means she is gathering rocks, soil and sediment along California’s most prominent earthquake fault, then measuring that material’s age and movement over time.

“The goal is to go into the field and look at these land forms with trained eyes so we can document the progressive movement of the land along the fault,” she explains. “By returning to those same locations and collecting samples on a regular basis, we can also obtain the age of the land forms.”

Measurement of land progression and age is key to estimating earthquake recurrence.

Data from the measurements that Dr. Blisniuk and her students obtain in the field goes into scientific models of earthquake recurrence and seismic hazards. Th e data is also used by the federal government and insurance assessors to figure out where homes are the most vulnerable or least vulnerable to earthquake damage in order to determine earthquake insurance rates.

Dr. Blisniuk’s own educational experiences with geology and field mapping led her to appreciate the value of fi eld studies for students.

“Field work is essential to students. They need to learn the nitty-gritty of collecting and processing samples. One of my undergraduate students has taken samples he collected in the field to a geology lab at Stanford University where I have a working relationship with other researchers. He is getting firsthand experience with bringing what is collected in the field back to the lab for evaluation – exactly what he will be doing in a future career as a scientist.”