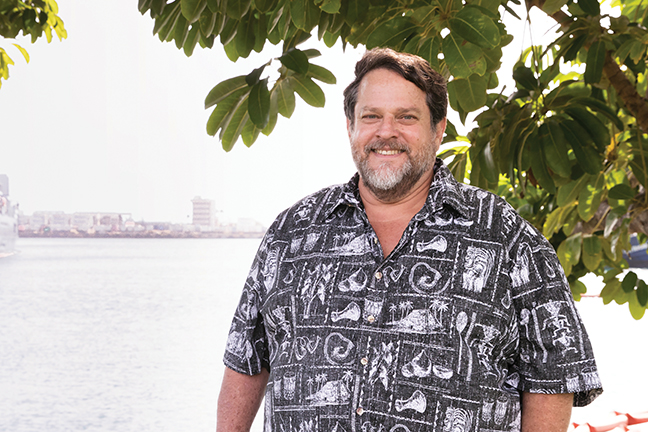 Mark Yarbrough’s life changed the moment he set foot in the Moss Landing Marine Laboratories (MLML). “My first interaction with MLML was as a junior in high school, when I took a day trip in search of advice regarding my Science Fair project. The laboratory I found in Moss Landing was an amazing place.”

These interests eventually led him to a career back at MLML. Stints developing oceanographic instrumentation and conducting shipboard research took Mark from Alaska to the Antarctic, the Azores and Hawaii. “I had found a niche that married my two primary interests: technology and natural sciences.”

The Marine Optical Sensor (MOS) and the Marine Optical BuoY (MOBY) design process started with NOAA funding in 1988, and in 1992 MLML was selected through a NASA grant process to participate in the engineering and construction of the initial system. Construction was followed by deployments of prototypes, first in Monterey Bay (1993) and then in Hawaii (1995). The buoy was tested in the fall of 1996 in Hawaii, and MOBY became operational at the current Lanai site in July 1997.

The buoy is a primary ocean observatory for the calibration of satellite ocean color sensors. By measuring water-leaving radiance, and assessing the resulting water color, MOBY provides data that satellites can use to continuously calibrate and validate their on-orbit measurements.

Today, MOBY is in its 21st year of continuous operation, supporting over a dozen U.S. and international ocean color satellite programs. “MOBY has become a life’s work for me,” Yarbrough says. “The opportunity to regularly work at sea and face new technological and scientific challenges almost daily has provided motivation and held my interest for decades. There is great satisfaction in knowing your work can provide tangible benefit to the extremely valuable satellite programs we support.”