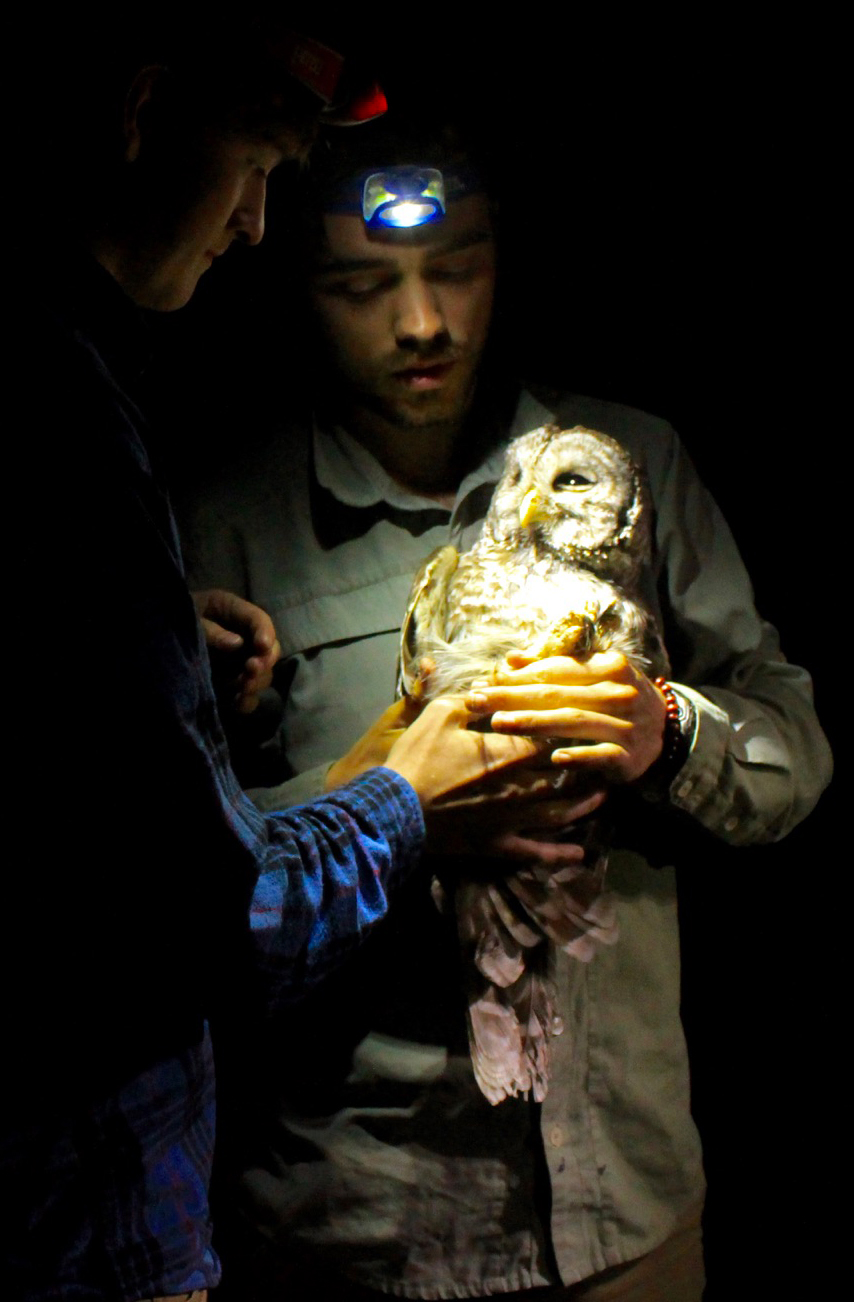 Moss Landing Marine Labs Research Affiliate M.  Zachariah (Zach) Peery, also an associate professor at the University of Wisconsin-Madison, has been awarded more than $300K by the California Department of Fish and Game to conduct surveys of barred owls in the northern Sierra Nevada. The barred owls have colonized almost the entire range of the northern spotted owl over the past 20 years, and are now a threat to California’s spotted owl population.

Graduate Research Assistant Connor M. Wood, Dept. of Forest and Wildlife Ecology, University of Wisconsin-Madison, hands off a barred owl to a technician.

Dr. Peery’s team is deploying GPS tags on barred owls to track their movements. This will facilitate the development of sound owl management plans, as well as provide broader ecological insight into how species expand into new areas. The tags upload their data via satellite, providing the team relatively current picture of the birds’ movements.

“Understanding the density and distribution of barred owls in the Sierras will be essential for the successful management of both the California spotted owl and the barred owl,” explains Dr. Peery.

University of Wisconsin-Madison Ph.D. student Connor Wood and a team of technicians are also deploying passive acoustic monitoring units across the northern Sierra Nevada, the forefront of the ongoing barred owl expansion. The project’s first field season is under way, and the team has begun processing the several terabytes of data that accumulate each week. Preliminary results suggest that the recording units, which are a new method for owl research, will be an effective survey tool for both owl species and for other forest birds.

Dr. Peery oversees the project, in collaboration with Drs. Rocky Gutiérrez, John Keane, and MLML’s Dr. Jim Harvey, and several government agencies, including the California Department of Fish and Wildlife and the U.S. Forest Service. 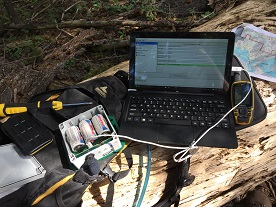 Before deploying a unit (above), the team checks the settings to ensure that the date, time, and recording parameters are correct.