Meet a few of the researchers from the world-renowned Moss Landing Marine Laboratories. 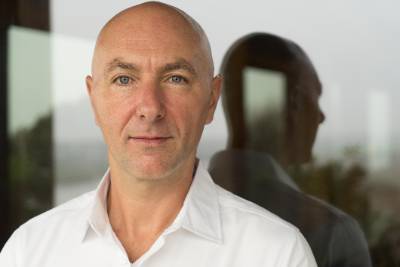 Ivano Aiello has traveled the world’s seas in pursuit of knowledge about what lies underneath the ocean. He recently returned from a research cruise through the equatorial Indian and Pacific Oceans and the Indonesian seaway. He and a crew performed scientific drilling on the sea floor, collecting core sediments from hundreds of meters below the sea floor surface. Those sediment samples, which he brought back to Moss Landing Marine Labs (MLML) for study, will provide clues to the earth’s climate history.

A professor of Geological Oceanography, Aiello’s research also includes exploration of local coastal environments, including Elkhorn Slough and Monterey Bay beaches and sea cliffs. He and his students conduct analyses of erosion, elevation, and sedimentation in those areas, assessing small-scale geomorphologic change. Their data will also contribute to local wetland restoration.

“The Central California coastal environment is changing rapidly,” he explains. “What we learn in the Monterey Bay can be translated to other areas along California’s shoreline, and may eventually help us to mitigate the effects of sea level and climate changes.” 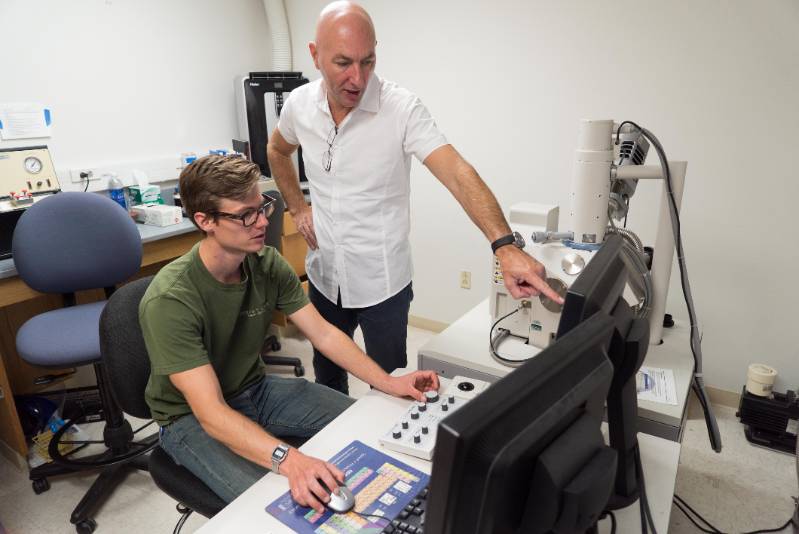 Graduate student Tyler Barnes analyzes sand particles from Moss Landing Beach using a Scanning Electron Microscope (SEM) equipped with an X-ray microprobe (EDX) as part of
his thesis project on monitoring changes in beach volume and composition along the shores of the Monterey Bay. The equipment was purchased with funds from a research grant awarded to Ivano Aiello by NSF-Major Research Instrumentation. 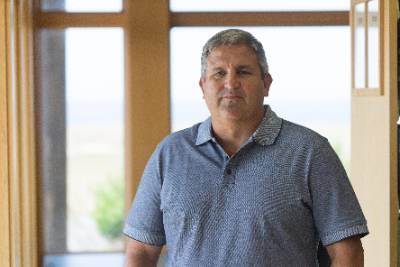 “People who catch fish in the delta and eat them are ingesting mercury.”

So explains Wes Heim, director of the Marine Pollution Studies Laboratory at Moss Landing Marine Labs. Widely used in gold mining operations in the 1800s, mercury dispersed into the Sierra watershed. Over time it moved through the state’s rivers and creeks and ended up in the San Francisco Bay-Delta.

Identifying ways to reduce the mercury burden is his team’s goal.

Heim and MLML graduate students are examining how mercury in the Delta is impacting nearby agriculture, pasture land, and the climate, and are researching processes by which the mercury could bypass the Delta and decrease the burden on the fish there.

A graduate of the SJSU Master’s degree program at MLML himself, Wes both encourages and depends on student field study.

“Our students are making genuine contributions to MLML research. They are prepared to pursue Ph.D. degrees or engage in field studies anywhere in the world.” 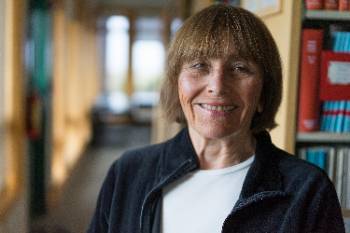 A renowned expert on zooplankton, notably larval fish and Antarctic krill, Valerie Loeb has spent much of her career deciphering the impact of climate variability on marine ecosystems. Her research efforts have spanned from the north Pacific to Chile and South Africa. She began research off the Antarctic Peninsula in 1984 and was a contract scientist with the NOAA Antarctic Marine Living Resources Program from 1987 to 2010, heading the zooplankton component during annual research cruises. Working with colleagues in physical oceanography and primary productivity, she examined ecosystem variability on seasonal, annual, and longer time scales.

While her research accomplishments are vast, Loeb is a also a committed advisor and mentor who enthusiastically engages students in research.

“The wonderful thing here at Moss Landing Marine Labs is the diverse array of topics for graduate students,” she says. “We offer marine-related classes plus courses covering statistics, molecular techniques, and scientific writing.” 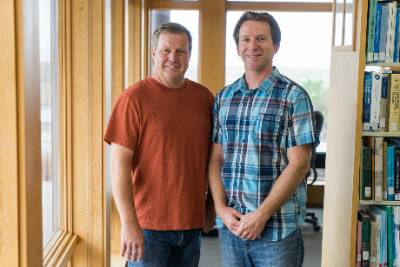 A team of researchers at Moss Landing Marine Labs has built a working laboratory to investigate a highly effective technology, called a wood-chip bioreactor, to remove nitrates from agricultural runoff water.

“Wood chip bioreactors have been shown to remove nitrates from water in pilot settings, but now we’ve installed one at-scale in a true working environment,” explains Ross Clark, an MLML researcher, director of the Central Coast Wetlands Group (CCWG), and expert on wetland restoration.

The bioreactor laboratory consists of 12 parallel trenches. Three different treatments will be investigated, in partnership with researchers at Cal State Monterey Bay, to determine the most effective type of wood chip bioreactors for our coastal climate. Located in Moro Cojo Slough, it is the first of its kind to be put into operation in California. Drainage water is routed through the trenches, and the bacteria in the wood chips consumes up to 50% of the nitrates.

“An essential component of the project is comprehensive documentation,” says Kevin O’Connor, the CCWG program manager. “Documenting our accomplishments will allow us to work with other coastal communities to reproduce what we have done.”