“Is it alive or is it dead?”  This seemingly simple question is a serious focus of attention underlying Dr. Nick Welschmeyer’s research on aquatic invasive species (AIS) transported in ships’ ballast water.  Dr. Welschmeyer of Moss Landing Marine Laboratories serves as lead scientist for the Golden Bear Facility (GBF), a partnership with CSU Maritime Academy, Vallejo, CA. Their project is part of an international attempt to abate the impact of AIS through research, regulatory testing, and training in the management of ballast water.  In the U.S. alone, annual estimates of AIS damage to harbors, powerplants, fisheries, and environmental water quality exceed $50 billion.

A ballast tank on a large oil tanker can hold millions of gallons of water, roughly equivalent to 80 Olympic-size swimming pools. The weight of that water aids with ship stabilization and counter balances the ship’s buoyancy as heavy cargo is loaded on board (requiring ballast water to be discharged) and then unloaded at its next stop (while new ballast water is pumped in). As the ship travels, water that is taken up into the ballast tank at one geographic location is discharged from the tank at another location, transporting potentially invasive marine species from one place to another, altering marine ecosystems and local economies worldwide.

The accelerating spread of aquatic invasive species began more than 100 years ago when ships switched from shifting sand bags and artillery for weight distribution to pumping water in and out to achieve safe ship stability.

“You could say we’re a hundred years late in getting a handle on this problem,” Dr. Welschmeyer explains, “but we’ve now seriously moved from talk to action.”

Dr. Welschmeyer’s primary ballast work is conducted aboard Cal Maritime’s US Training Ship (USTS) Golden Bear. Activity at GBF focuses on testing new ballast water treatments that can kill or inactivate potential invasive species in ballast water. Dr. Welschmeyer, his CSU Maritime colleagues, and MLML students have been in continuous ‘test-mode’ since the inception of the GBF partnership in 2010. A continuous line-up of new ballast tests and related research and development projects is now in queue for the foreseeable future.

“Our success could not have been achieved without the hard work and talents of our GBF technical staff, MLML students, and Cal Maritime merchant marine cadets.  We are all gaining great experience in marine environmental stewardship for the future.” 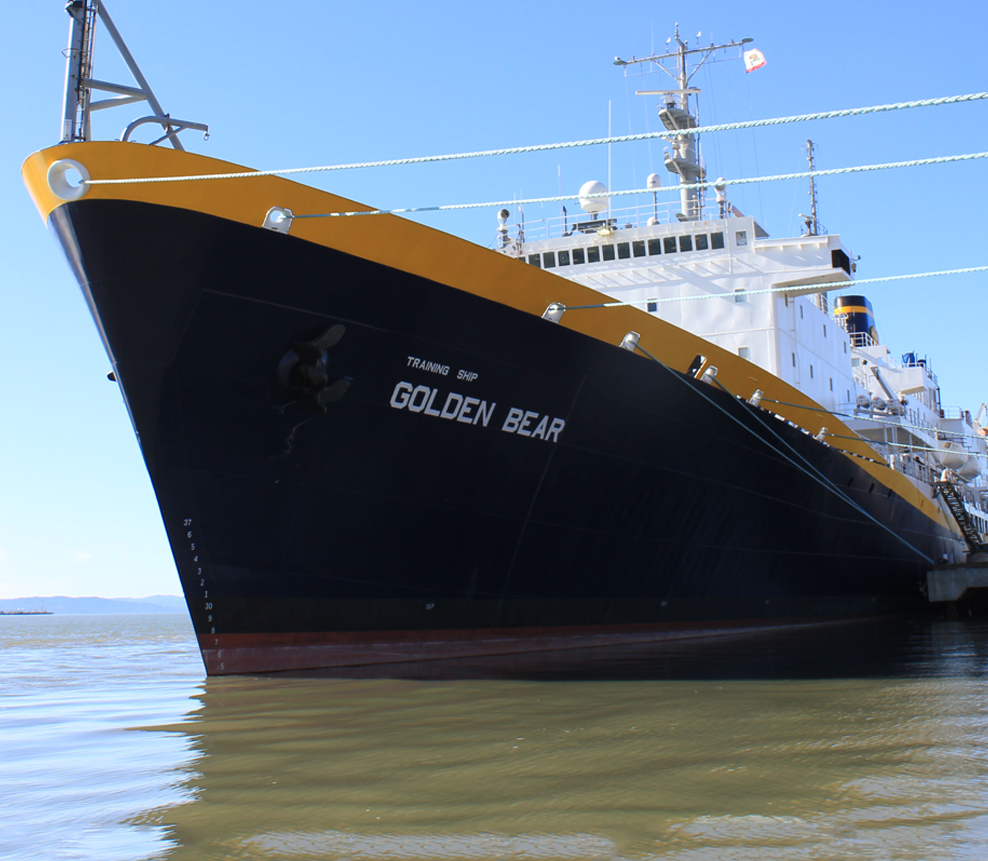