Effects of Sonar on Marine Mammals 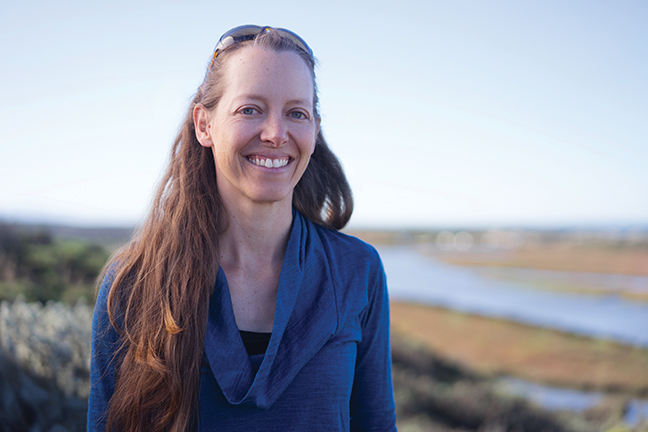 Alison Stimpert studies marine mammals and their unique reliance on underwater sound for communication and navigation. To the concern of Stimpert and her fellow scientists, whales and dolphins are not the only ones making noise in the ocean.

Human noise generated by military and commercial sources can interfere with the sounds of the mammals, and may change their behavior.

“Commercial shipping is one of the biggest contributors,” Stimpert says, “and overlaps with the frequency range used by most baleen whales. Navy sonar and seismic airguns used for oil exploration can also have strong effects.”

Stimpert’s research seeks to understand the impact of human noise. One multi-year project, a collaboration with the U.S. Navy and several other academic, government and non-profit institutions, involves tagging marine mammals off the California coast. Another, working with NOAA, characterizes the acoustic impact of demersal fish survey gear. With tags, sonar exposure and passive acoustic recording, Stimpert’s team generates large sets of acoustic data that shed new light on the behavior of several species, including blue whales and Risso’s dolphins.

Stimpert sees her research as part of a larger conservation effort. “I became interested in marine mammals because they are an excellent ambassador species for conveying messages of conservation. Whales and dolphins are very charismatic, and people want to protect them. Fortunately, changes that we make to help whales and dolphins help other species in the ocean as well.” 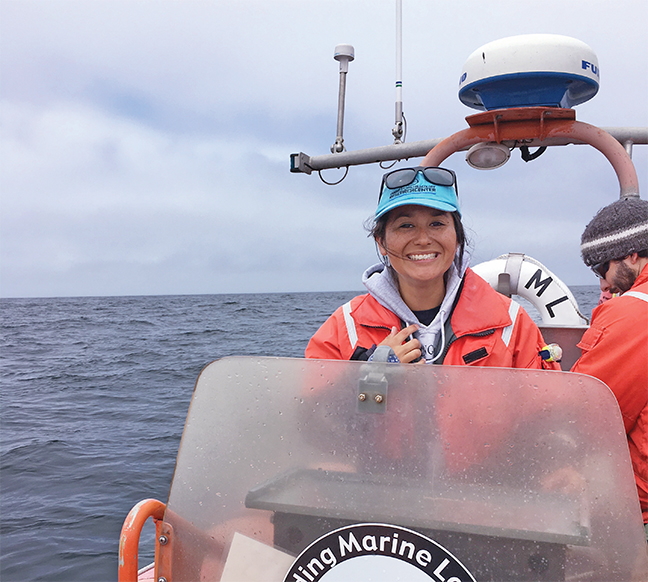 "I am researching killer whale and Risso’s dolphin acoustics. Studying at Moss Landing Marine Labs has provided me with extensive field work opportunities, and I have been fortunate to do thesis work in such a dynamic area as Monterey Bay."