School of Information
College of Professional and Global Studies

In today’s world, internet access is crucial to many aspects of life, from communication and information accessibility to disaster response. But many people lack basic digital access, particularly those in rural areas, in locations affected by natural disaster, and in other underserved communities.

Kristen Rebmann sees potential for expanding access in an emerging, low-cost wireless technology called TV White Spaces. TV White Spaces, or TVWS, are broadcast frequencies made available where the spectrum is not being used by licensed services such as television broadcasting.

A new project, led by the School of Information, seeks to install technology in libraries and test a new model for digital access and inclusion that can be replicated nationwide.

Rebmann envisions a new role for TVWS and community libraries to help in the aftermath of natural disasters. “Libraries in these affected areas,” she says, “might have been able to assist in facilitation of internet access with portable TVWS network connection points. By virtue of their mobility, TVWS hotspots can provide essential digital access in times of crisis by moving along with their affected populations.” 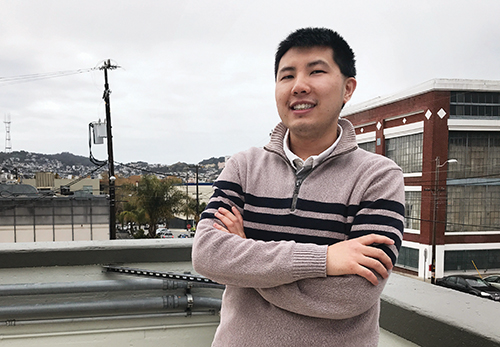 "I gained a whole level of appreciation for the potential that TVWS technology has for public libraries in serving their communities, especially historically underserved populations. It is imperative now more than ever that this conversation continues, in light of the current threat to net neutrality, which in my opinion plays a huge role in ensuring the continued success of TVWS implementations in public libraries and beyond."