The A.S. 55 Award is a recognition of distinction for student leaders who have demonstrated an outstanding commitment to San José State University and who continually give back to the community. Up to 12 students will be chosen by the A.S. 55 Selection Committee to receive the award. Awardees will be recognized at the 11th Annual SJSU Student Leadership Gala on Tuesday, May 3, 2022, at the Diaz Compean Student Union Ballroom and via Livestream. 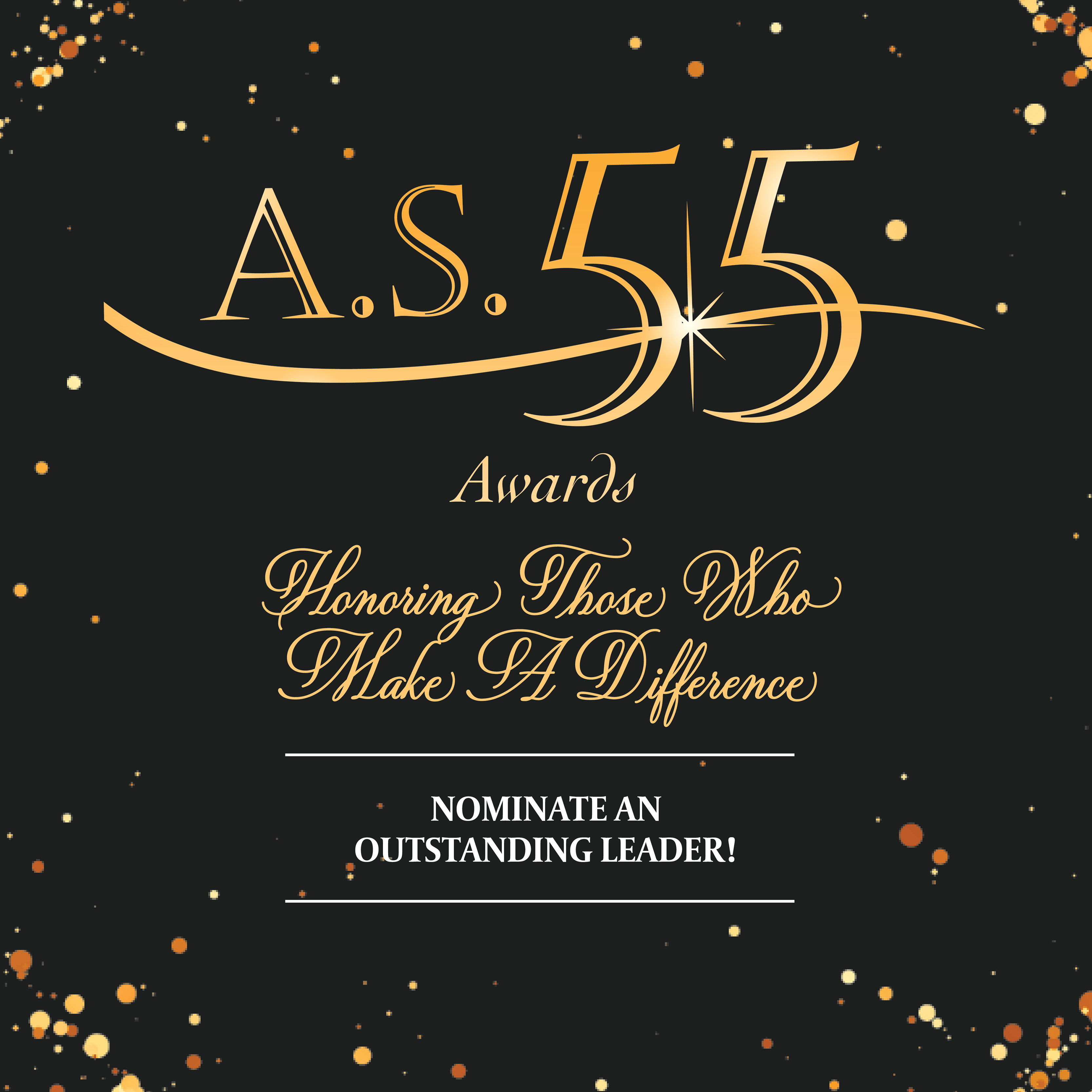 Congratulations to the A.S. 55 Awardees

For their commitment to SJSU and work in the community.

Friday, March 18: Nomination must be submitted no later than 11:59pm. When nominating a student, please allow for ample time for nominee to complete online nomination form.
Friday, March 25: Application and Letter of Recommendation must be received via e-mail no later than 11:59pm.
Friday, April 15: Selected awardees will be notified via e-mail. An invitation to the gala will be included.
Tuesday, May 3rd: A.S. 55 awardees to be recognized at the SJSU Student Leadership Gala.

How to Nominate Yourself

How to Nominate a Student

Students may be nominated by fellow students, faculty, staff and community

About the Student Leadership Gala

Honoring Those Who Make A Difference
The A.S. 55 awardees are recognized at the Student Leadership Gala, a campus-wide event in collaboration with Associated Students, Student Involvement and the Solidarity Network, celebrating the outstanding student leadership at San Jose State University.

Honoring and recognizing the unsung heroes of San José State University; those students who have demonstrated an outstanding commitment to SJSU and have continually given back to the campus or local communities.

SJSU is home to over 450 Recognized Student Organizations. The organizations include fraternities and sororities, academic and honorary societies, cultural and religious groups, special interest organizations, and club sports. These organizations are where many Spartans develop leadership skills, find community, and create long-lasting friendships and memories that carry with them beyond SJSU. Both individual student leaders and their student organizations will be honored and celebrated for their purposeful contributions to SJSU and the greater community.

The Solidarity Network of SJSU is a coalition of student affairs centers fostering student leadership through multiple identities while establishing a social justice foundation. It is comprised of the students and staff of:

The Solidarity Network encourages collaboration between communities and advocates for institutional change.

This honor will be awarded to an SJSU student (junior or senior standing) who has displayed exemplary leadership skills throughout their SJSU career.