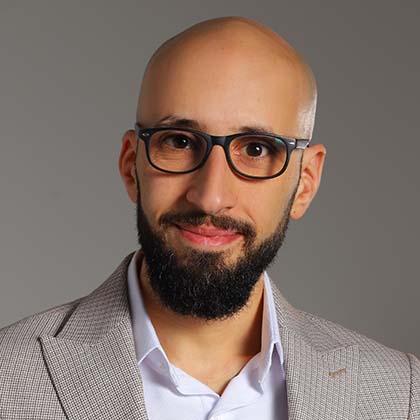 Yasser Shahin is a screenwriter, a published author, and co-writer of the book When Women Wrote Hollywood. Yasser has an M.F.A. in Television and Screenwriting from Stephens College and a B.A. in Film from Eastern Washington University where he taught screenwriting and film courses and served on the graduating committee for the screenwriting capstone final projects. Shahin writes in two languages Arabic and English. He worked with Aljazeera for a few years as an assistant producer for many documentaries and T.V. shows and translated many films from Arabic to English and vise versa for broadcast. Yasser Shahin worked as a Middle East consultant for some Hollywood showrunners and novelists as well as writing book reviews. Yasser Shahin is an Arabic poet and calligrapher, he plays soccer, and appreciates a long lasting game of chess.