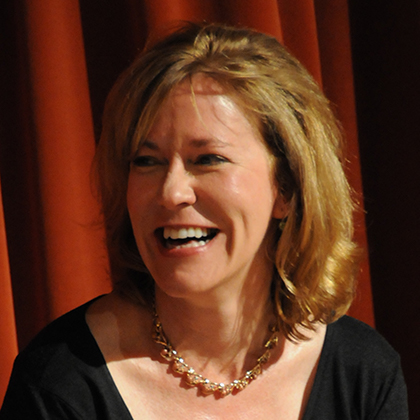 Dr. Kelly is originally from Australia. She is passionate about expanding and illuminating the role of the dramaturg in contemporary theatre, asking the questions: why this play at this time for this audience? How can a dramaturg contribute to creation, context and relevance? Her pursuit of this question earned her a Bly Creative Capacity Award for Innovation in Dramaturgy from the Literary Managers and Dramaturgs of the Americas, which enabled her to produce a book, Diversity, Inclusion, and Representation in Contemporary Dramaturgy: Case Studies from the Field (Routledge, April 2020, Associate editor Amrita Ramanan) which re-thinks the role of the dramaturg.

Dr. Kelly has been awarded postdoctoral and research fellowships from many foundations, including Fulbright, Rockefeller, Walter and Eliza Hall, and the Commonwealth Awards. She received a 2020 grant from the National Endowment for the Humanities to support her work with Cal Shakes. She has published 11 books. Closest to her heart is The King and I, a study of Australian culture and “outcasting” through the lens of King Lear. Philippa has written over 100 peer-reviewed articles and professional playbill articles. Her Run the Canon series at Cal Shakes presents original 12-minute video talks on Shakespeare’s canon.

Over several years, Dr. Kelly’s leadership in theatre education has been supported by the Walter and Elise Haas and the California Arts Council. She also leads a year-round community theatre appreciation group entitled Berkeley Theater Explorations and a seasonal Shakespeare class through Cal Shakes. Dr. Kelly can also be found at the California Jazz Conservatory, where she is Chair and Professor of English.