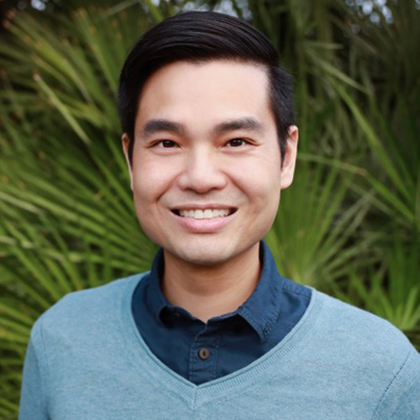 During his time in San Diego, Vinh performed with Kristin Chenoweth, and collaborated with B.D. Wong and Wayne Baker in the creation of their new musical Mr. Holland’s Opus. He played Sammy Kimura in the 2018 Bay Area premiere of the musical Allegiance, inspired by George Takei’s Japanese American Internment Camp experience.

As an educator, Vinh has taught at San Diego State University, Las Positas College, TheatreWorks Silicon Valley, American Conservatory Theatre, and the Academy of Art University. He is a passionate advocate and consultant for the causes of Equity, Diversity, and Inclusion (EDI) in the theatre.

Vinh holds an MFA in Musical Theatre from San Diego State University and a BA from San José State University. He is currently the Manager of Youth and Family Programs at Montalvo Arts Center. Vinh is a member of the Stage Directors & Choreography Society (SDC), Equity Membership Candidate Program (EMC), and the Musical Theatre Educators Alliance (MTEA).