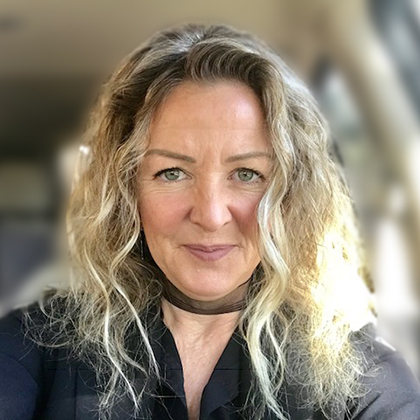 Prior to her academic career, Dr. Massey was involved in politics working for the Texas House of Representatives. She has professional broadcasting experience—both public and commercial—in sales, programming, and audience research in addition to multimedia production, testing, and research. Outside of the academy, Dr. Massey consults nationally and internationally on Internet strategy, marketing, and design.

Dr. Massey also has international teaching and consulting experience. She has been awarded a faculty Fellowship (three times) to SJSU's Bath Study-Abroad Program. While living in England, Dr. Massey taught multimedia at Bath City College in England while consulting with Real World Multimedia (Peter Gabriel’s brainchild), where she directed audience testing and instrumentation for their CD-ROM release, Ceremony of Innocence, which was based upon Nick Bantock’s Griffin and Sabine trilogy. Dr. Massey has also taught courses at the prestigious Hannover Institute of Communication, Music and Theatre in Germany. In the 1990s, Dr. Massey was awarded a Distinguished American Lectureship Grant by the German Marshall Fund of the United States, where she lectured on topics related to New Media and Multimedia in the United States.

Dr. Massey's administrative service to SJSU includes, RTVF Coordinator (25+ years), Interim Chair of TRFT (2017-18, 2012), Associate Chair (2013-2015, 2019-20.) Dr. Massey produced the debut (and second premiere) of the College of Humanities and the Arts Student Showcase at SJSU for which she received the 2013 College and Leadership Service Award.

Dr. Massey lives on the California coast. She enjoys cycling (she rides a matt-black Parley), hiking, surfing, kayaking, and paddle boarding. She is an advocate and activist for (to name a few): #MediaReform, #LGBTQ+, #BLM, the environment, and pets (she's a pet foster mom). And Dr. Massey is an active musician (vocals, flute, melodica, bass), gigging around the Monterey Peninsula with her duo RUBYSLIPPERSBAND.com and the band Fields of Eden (featuring Kiki Wow and the Wowettes, Dr. Massey is one of the Wowettes).