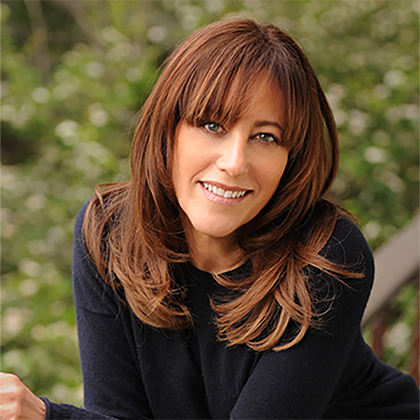 Amy Glazer has directed numerous world, American, and West Coast premieres. Recent productions include The Understudy by Theresa Rebeck at San José Rep, The Model Apartment at Traveling Jewish Theatre and Seminar, Abigail’s Party, Becky Shaw, Tigers Be Still, Harper Regan, Animals Out of Paper, Shining City, and The Scene at SF Playhouse where she was Associate Artistic Director from 2010-2014. Her work at Magic theatre includes Sam Shepard's The God Of Hell, Rebecca Gilman's The Crowd You're In With, The Sweetest Swing in Baseball, Blue Surge and The American in Me, Steven Belber's Drifting Elegant and Tape, and Barry Gifford's Wyoming. For Marin Theatre Company, Amy has directed What The Butler Saw, Frozen, Displaced, Life x 3, My Old Lady, The Music Lesson, Misalliance, Candida and Indiscretions. She has also directed plays for Eureka Theatre, TheatreWorks, San José Stage Company and the Assembly Theatre at the Edinburgh Fringe Festival in Scotland.

Also a filmmaker, Amy has directed Ball Lightning by Barry Gifford, Drifting Elegant by Steven Belber and Seducing Charlie Barker by Theresa Rebeck, premiered at the San Francisco International Film Festival and available on VOD, Netflix and Amazon. All three films were developed from plays she previously directed. Her most recent feature films are, Kepler’s Dream, based on the young adult novel by Juliet Bell won the Audience Favorite Award, Silver at the Mill Valley Film Festival 2016 and The Surrogate staring Erin Daniels 2020 which won “Best Director” and “Best Supporting Actors” at the Method Fest in LA. Both films are currently available on various streaming services including Hoopla, Apple TV+ and VOD on Amazon Prime, Vudu, YouTube, Google Play, etc. Her latest feature 7000 Miles staring Wendie Malick is currently in post-production and due to be released in December 2022.

Amy Glazer is a theatre and film professor at San José State University and has her MFA from California School of the Arts (Cal Arts). In 2011, she co-authored the TA 5 text Simply Acting; A Handbook for Student Actors, by Kendall Hunt Publishing Company. This hand-book continues to be used in most class sections as a unifying approach to teaching Beginning Acting in The Department of Film and Theatre.