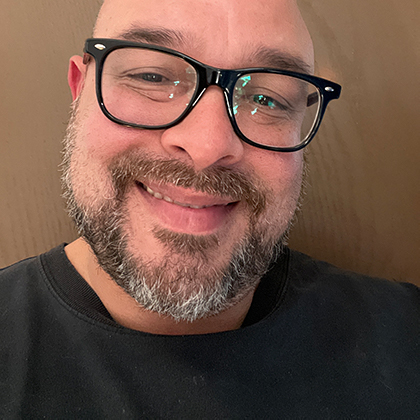 Juan Serna is an experienced video producer with over fifteen years of experience. A producer, director, editor, cinematographer, engineer and man of many talents. Juan is artistic with a sense of visual style. Prior to his engineering and teaching position at San José State University, Juan worked for six years at CreaTV San José, a community access television studio and media training center, overseeing television and video productions as well as training members in the craft of television production. Juan is a graduate of the RTVF program at SJSU.