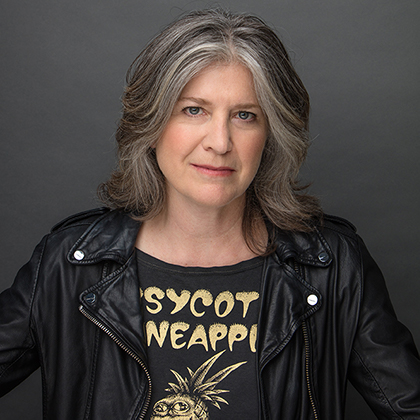 Nancy Carlin is a director, actor, writer, dialect coach, and acting teacher. A former company member of the American Conservatory Theater and associate artist with California Shakespeare Theater, she has performed and directed extensively in regional theaters, including A.C.T., Berkeley Rep, Aurora Theatre, Shotgun Players, Center Rep, The Jewel Theatre, African-American Shakespeare, Shakespeare Santa Cruz, and the Oregon Shakespeare Festival. She co-authored the musical, Max Understood, which was developed at the O’Neill National Music Theatre Conference and the New York Musical Theater Festival and had its premiere in SF in 2015. Carlin co-produced the feature film, Haiku Tunnel, and is featured in Eleanor Coppola’s The Lunch.  A theatre arts lecturer for UC Berkeley, UCSC, and SJSU, she holds a BA in comparative literature from Brown University and an MFA in acting from A.C.T. Ms. Carlin is a member of SDC, AEA, SAG-AFTRA, and the Dramatists Guild.