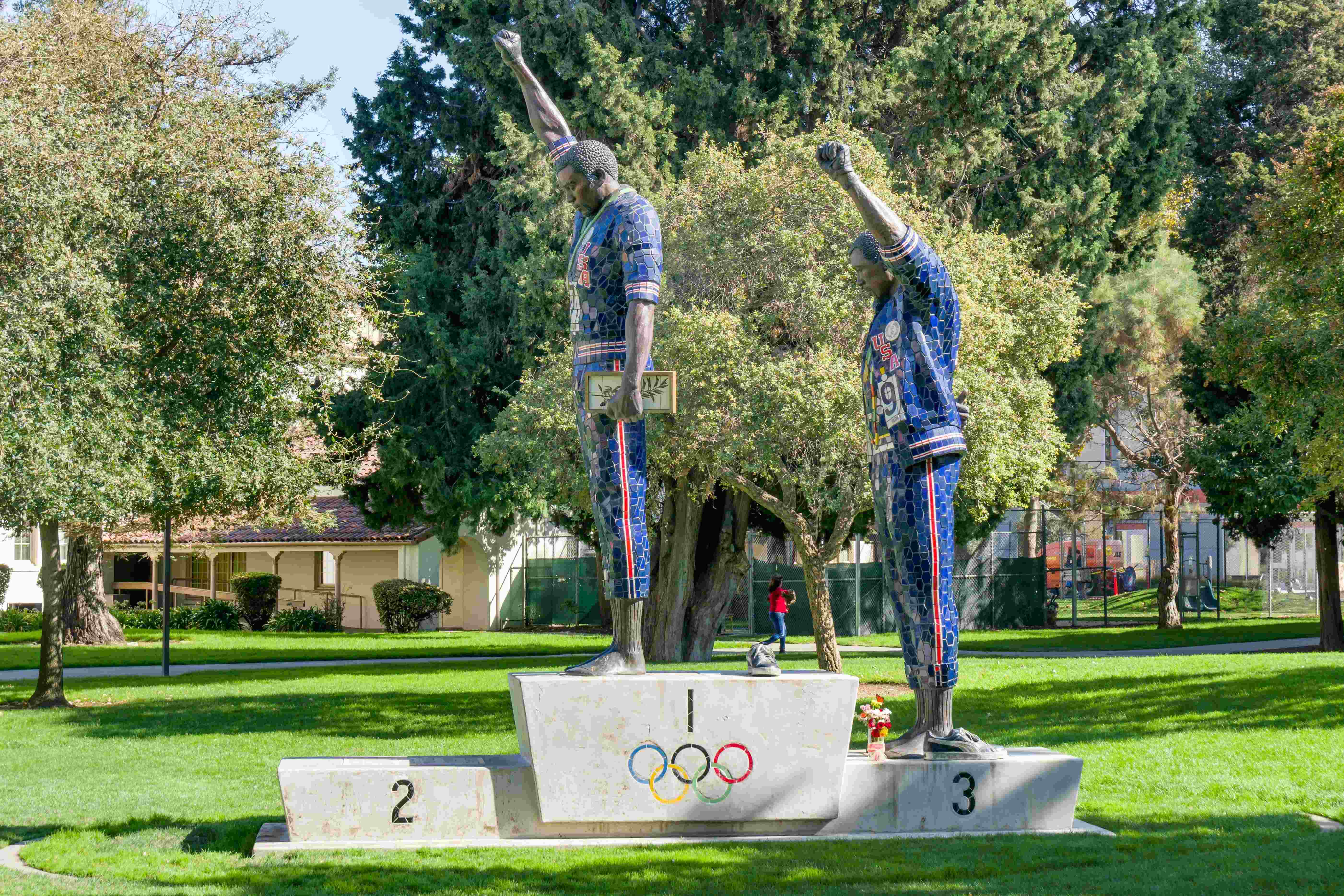 The purpose of Legacy Month is to honor the rich history of student activism/civic engagement. Legacy Month is hosted every year specifically in October to commemorate SJSU alums Tommie Smith and John Carlos, who took a brave political stance during the 1968 October 16 in the Mexico City Olympics. Read about the Olympic athletes who took a stand.